Do you want to get outside, get your legs moving and have some fun? Take a look at Spikeball - an old school game with a new twist. Be prepared for some friendly competition and maybe even a little sweat!

Before you head on out for some entertainment, first let's take a look at how to play Spikeball properly. You might even pick up a few tricks to get an advantage over your competition.

How To Play Spikeball

Spikeball is a 2 on 2 game with a similar idea to that of volleyball. You will begin with a hula hoop sized ring on the ground with a net tightly secured on top along with a ball about the size of your palm. The game is played by having "rallies" between opposing team, with the goal being to bounce the ball off the net in a way that will make it difficult for your opponent to return. When the other team fails to return the ball, get excited. You have scored a point! 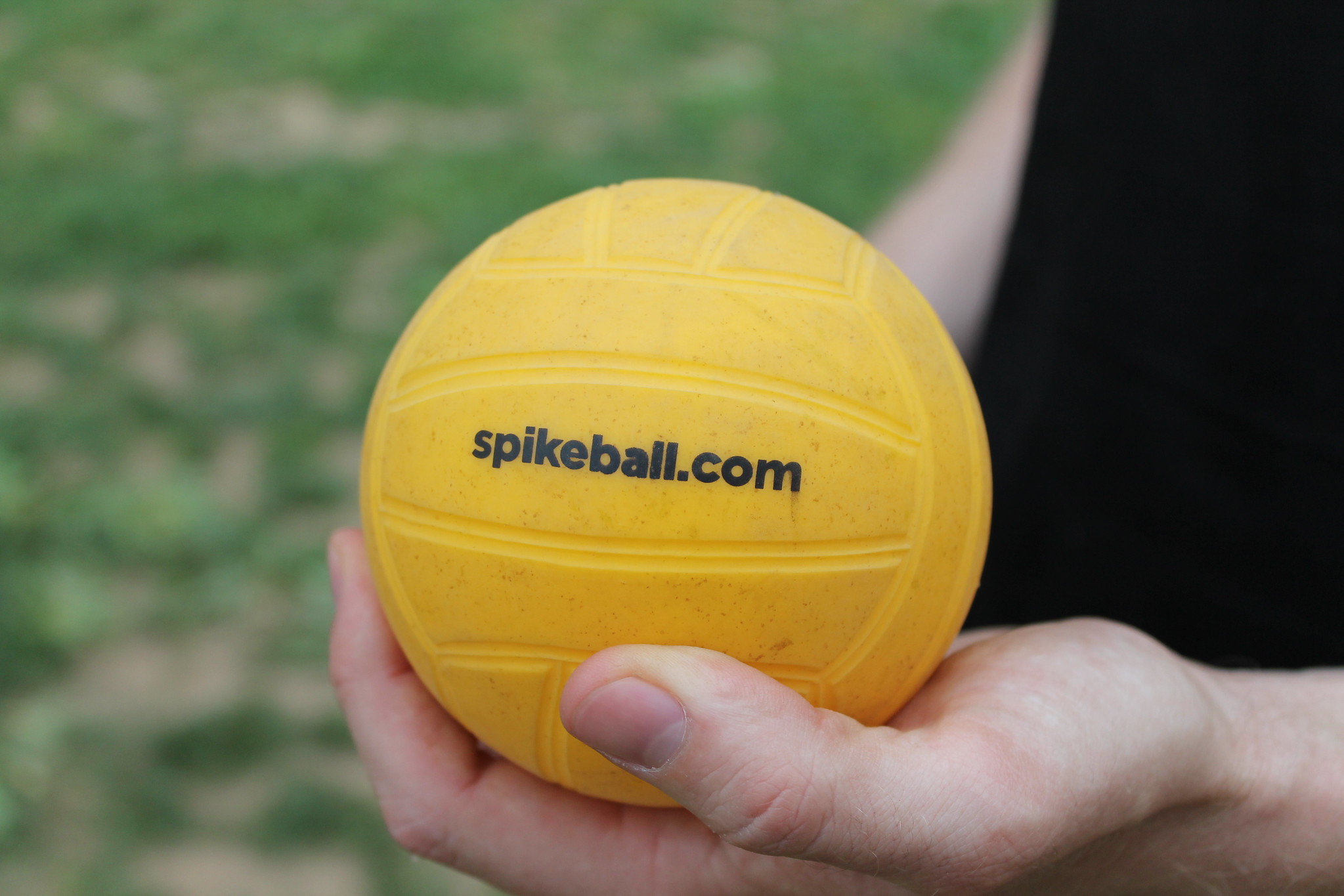 Spikeball can be a very fast paced game that will certainly keep you on your toes. The game is simple to understand but challenging, all in one. All you will need is a good pair of shoes and some decent hand-eye coordination.

Spikeball can be appealing to all groups of people since you can slow the game down while you get the hang of it. Once you have it mastered, you can speed the pace up to fit your skill level. Here is a super early tip though: pick the most fit person to be on your team (you'll thank me later).

To play Spikeball you will set your net down anywhere you have plenty of space to move around. Choose your teammate and then stand on one side of the net as your opponents do the same. Now you are ready to play!

Don't be afraid to stick your foot out either. No, not to trip the other team! In Spikeball you are free to hit the ball with any part of your body. The same player can not hit the ball 2 times in a row. Once the ball is served every player is also free to move around in any direction.

You claim bragging rights when your team has scored 21 points!

Here are some other general guidelines to follow as you play:

Avoid the rim and don't get in the way of your opponent so that you don't give them easy points.

Your teams goal is 21 points so move quickly and work together!

Most people don't enjoy losing, so here are a few tricks you can use to gain the advantage and place yourself in the winner's circle:

I know what you're thinking but trust me - you don't have to be a math wiz to be good at this. However, the best tactic is to hit try to hit the ball off the net at an angle. If you bounce the ball off and it goes straight into the air, you have given the other team an easy chance to score.

The ball used while playing is filled with air. If you put too much air in the ball it will bounce almost uncontrollably. Instead, inflate is so that you can squeeze the ball with your fingers and press in slightly. Inflating the ball this way will give you and your teammate more control of the ball when you hit it.

This game can get your heart rate up in a hurry. If you are just a tad out of shape like me, choosing a teammate with lots of endurance and fresh legs might be wise.

Like I mentioned, once the ball is served all players can move around freely. Since this is a team game, you and your partner should be strategic and work together.

Think of it like playing man to man defense. You choose a person on the other team and if they move around the net you should move to the opposite side.

The goal here is to prevent any big gaps where the other team could easily hit the ball and score. If you and your teammate work together you could gain a big advantage. 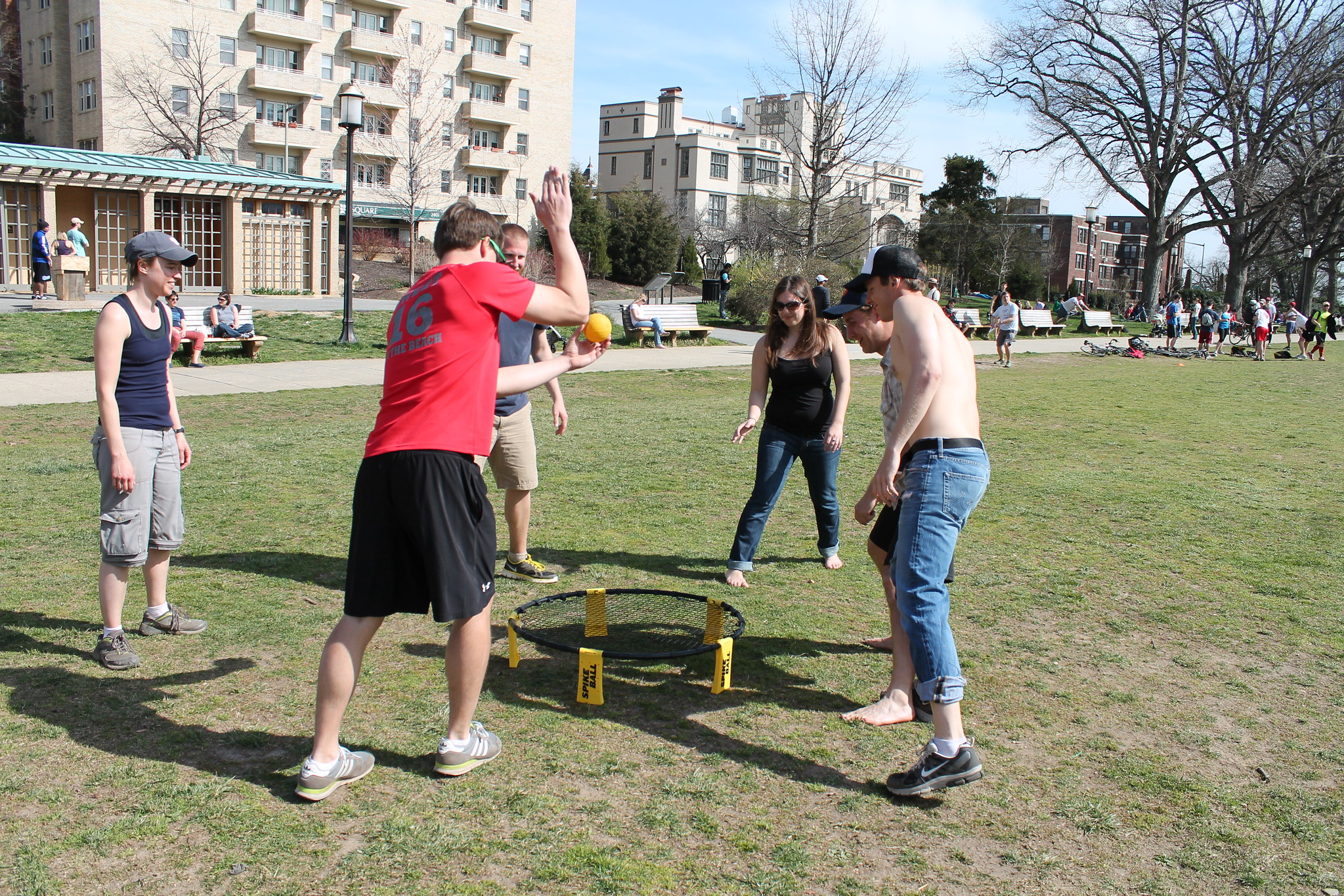 Where To Buy Spikeball

Spikeball is one of those games that can easily become your new favorite pass time. It has a nice combination of simple game play and strategy you can use. To pick up a Spikeball set for your self, go to your local sporting goods store or even a superstore such as Walmart.

However, the easiest way to buy it is through Amazon, where you can purchase it with the click of a button and have it delivered to your doorstep.